We work with several delivery services:

• If you want to buy clothes in Ivano-Frankivsk, we offer express delivery in the city. Our manager will contact you to specify the time and the courier will deliver the goods to any place in Ivano-Frankivsk. The courier cost is free. Delivery is made from Monday to Friday from 15:00 to 20:00.

• If you are in another city in Ukraine, the delivery is carried out by means of the “Nova poshta” express delivery. Delivery term is 3-5 days. The service is paid by the receiver.

• If you are abroad, you can use the services of international mail. We will find you the most convenient delivery service, depending on the country you are in.

We are oriented on European quality of manufacturing, sewing and embroidery of the clothes. We specialize in manufacturing of complex, innovative and original products, so we can make any of your wishes real. We can customize fabric, design and color of the fabric and of the embroidery of the dress according to your preferences. The price REMAINS THE SAME.
Women's table:
Male table:

An ancient diamond-shaped ornament with a modern cut is harmoniously intertwined in the Tripoli dress. Perhaps the most popular embroidered figure on the garment is the diamond. It is associated with the fertility of man and the earth. The basis for deciphering the meaning of the symbol is the masculine and feminine. In the Pro-Ukrainian sense, a woman (like three corners of a house) holds three corners of a diamond, and only a fourth holds a man who completes integrity. The rhombus (dotted in the middle) is a symbol of a sown field that was of great importance to our ancestors, meant prosperity and prosperity.

Rhombus, or as it is called, Trypillya Square is also an image of a harrow, an instrument that prepares the earth for sowing. In addition to the simple diamond on Ukrainian embroidery, rhombus with hooks (tendrils) is very common. This sign is called "frog" and it symbolizes fertility. After all, this animal in ancient beliefs was associated with the heavenly moisture that gives life. Rhombus patterns were embroidered on wedding towels and on the bride's wedding attire. Embroidered diamond garments, when pregnant, should be worn until the birth of a baby. After all, this symbol served as a strong charm. Tissue- The technique of embroidery is a cross Pockets in side seams Price 150 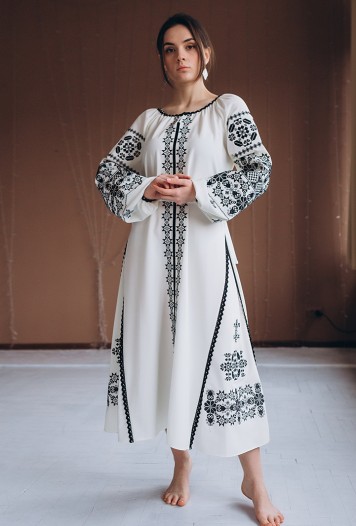 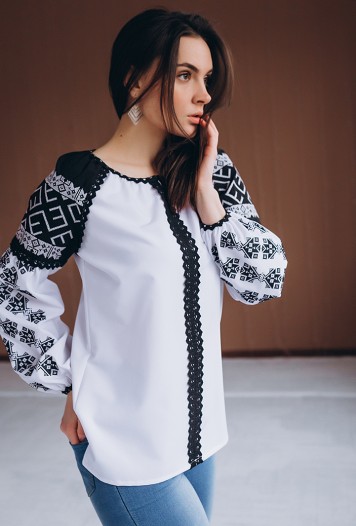 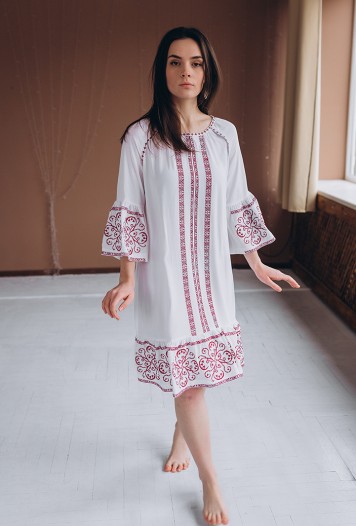 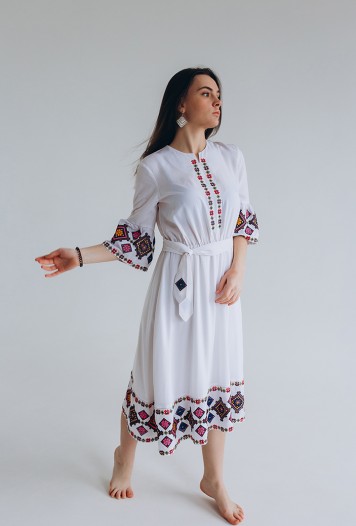 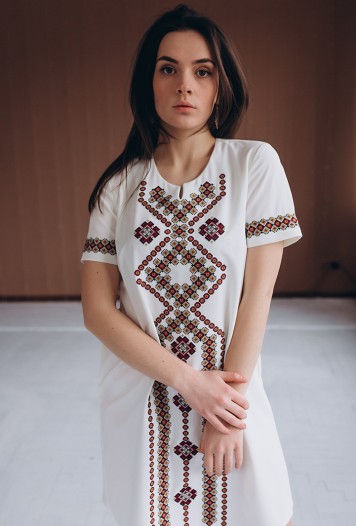 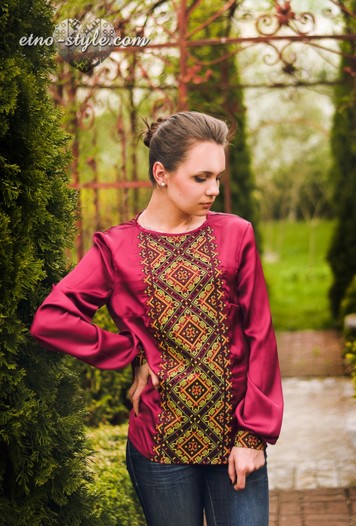 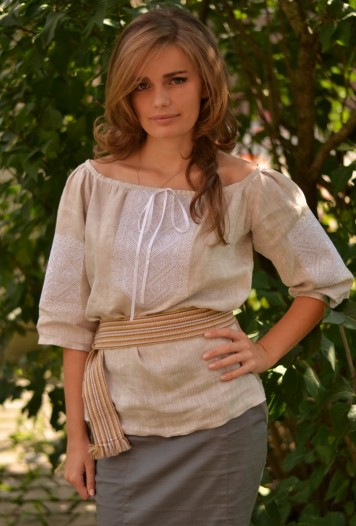 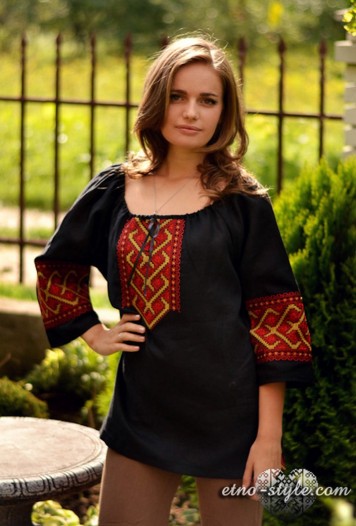 Flame in the Night 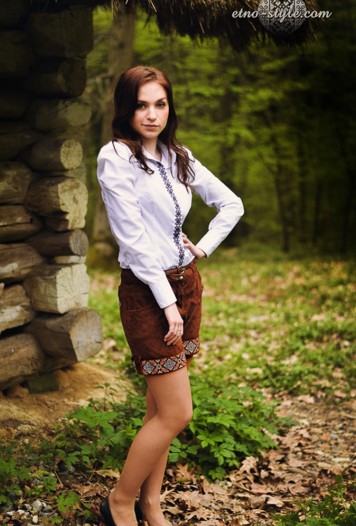 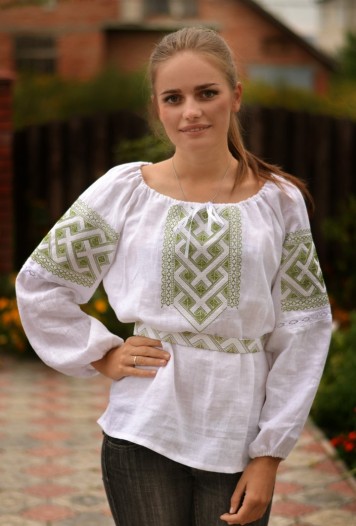 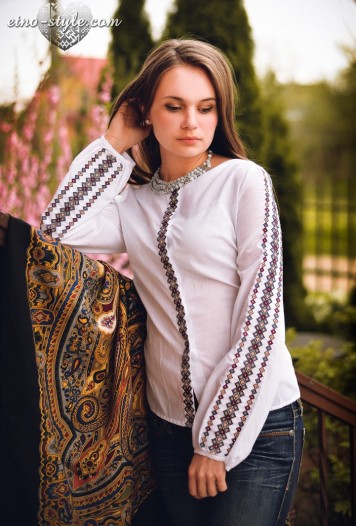 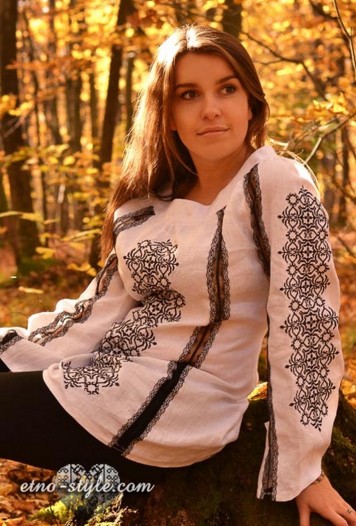 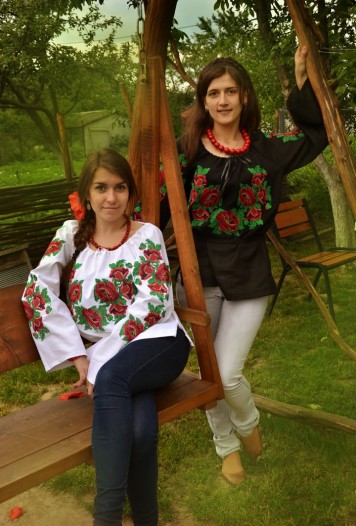 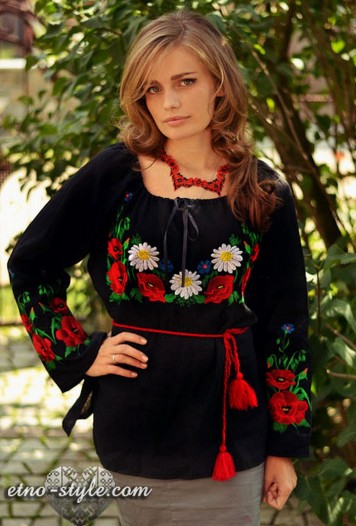 Thanks for your order!
We will contact you as soon as possible.